Turn grassroots advocacy for your patients into legislative success, backed by the united voice of TMA’s 50,000 members.

Sharpen your skills in practice management, communication, and other areas. We offer more than 100 on-demand courses.

Find resources for your practice to help with HIPAA compliance, contract negotiation, human resources, fair payment, and much more. 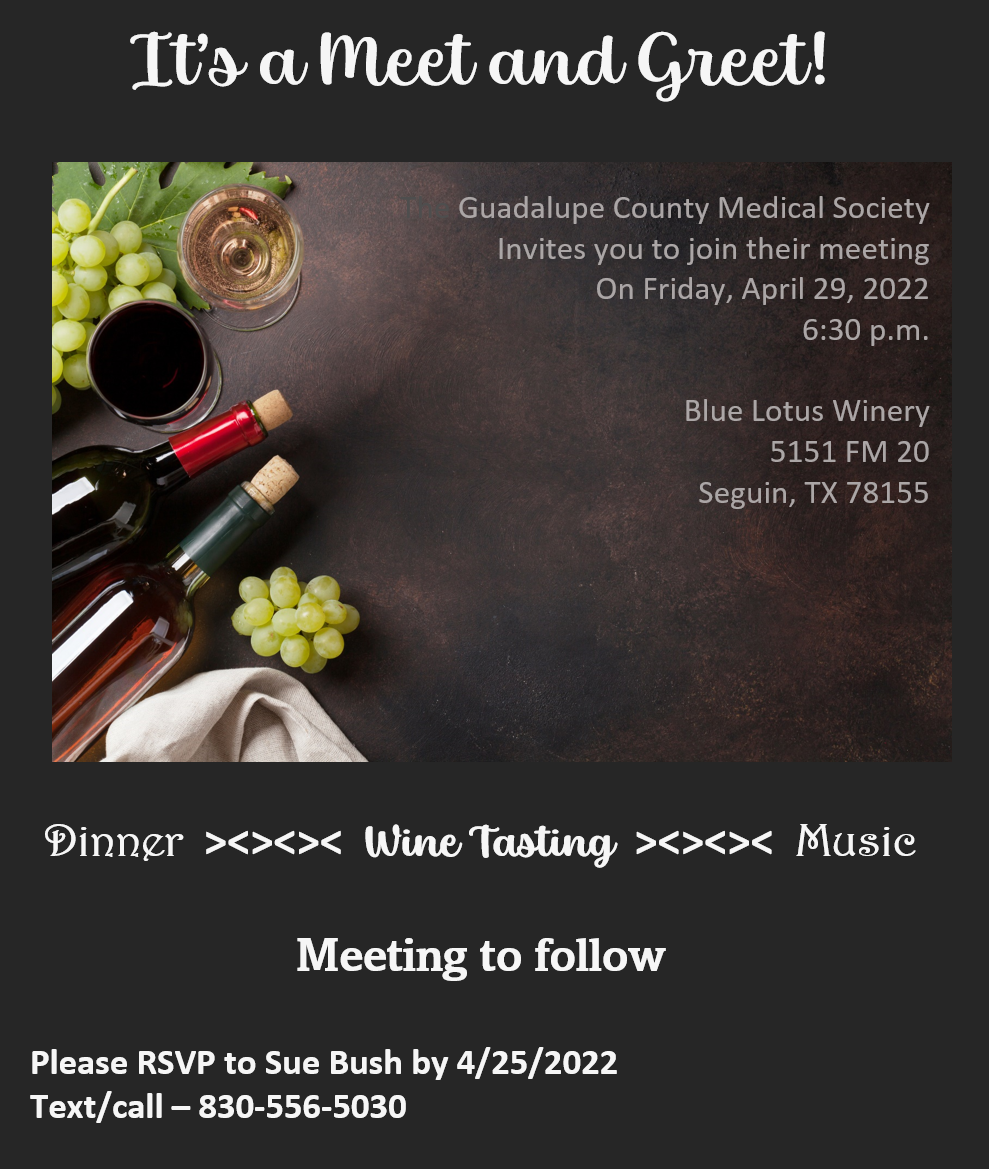 The Guadalupe County Medical Society meets on the last Tuesday of the even months. Social time is at 6:30 with the business meeting and educational presentations to begin at 7:00. The Guadalupe County Medical Society encourages all members to attend and welcomes any visiting physicians to attend also. Please RSVP to Sue Bush at least three days prior to the meeting to allow for dinner reservations.

Search for members of Guadalupe CMS